The Munda Biddi Trail (which means "path through the forest" in the Nyoongar Aboriginal language) is the latest addiction to the Western Australia's growing set of world-class bush trails. Vast areas of majestic forests and rolling hills ensure an ideal setting for a long distance off-road cycle trail.

The Munda Biddi Trail has been designed for cyclists of all ages and experience levels. Enjoy a peaceful morning ride or challenge yourself to a week long wilderness adventure . The many vehicle access points allow you to design your own journey.

If you're keen on an extended off-road adventure, you can camp in purpose built Munda Biddi campsites. Situated a comfortable day's ride apart, the camps have roomy sleeping shelters and tent sites. The trail passes through a town at least every second day, providing easy re-supply and a range of accommodation choices. 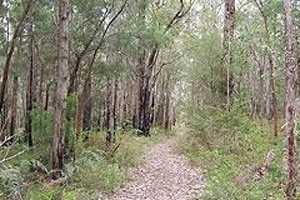